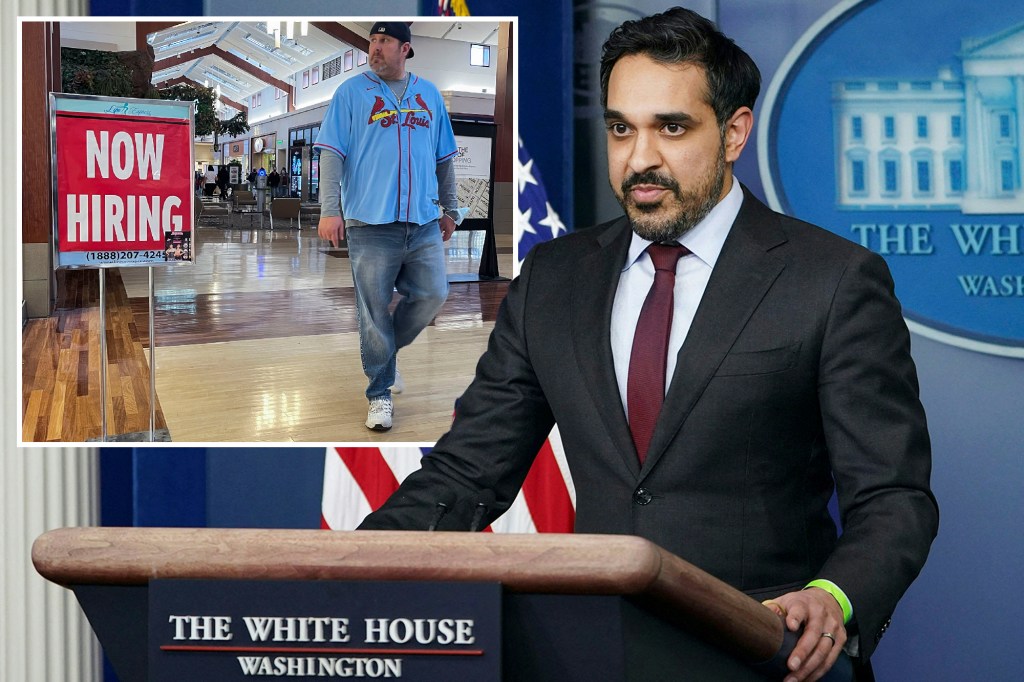 The record number of Americans leaving their jobs is a sign of a “big upgrade” for workers in search of better wages, a member of the National Economic Council of the White House argued this week.

Deputy Director of the National Economic Council, Bharat Ramamurti, made the claim as the Biden administration faces scrutiny from soaring inflation and a mixed report on jobs in December.

“Workers are quitting to take new, better paying jobs. It’s not the Great Resignation, it’s the Great Improvement. And that’s exactly the kind of economy @POTUS said he wanted to help build, ”Ramamurti tweeted on Monday.

The economist shared a graph from the Economic Policy Institute which showed that low-wage sectors of the economy have the highest “quit rates”.

A record 4.5 million Americans left their jobs in November, while employers posted 10.6 million job vacancies, according to data from the Bureau of Labor Statistics. The “quit rate”, or quits as a percentage of the workforce, was 3%, peaking in September.

While data on quits suggests workers are gaining influence in the labor market, the December jobs report was mixed.

The US economy only created 199,000 jobs in December, well below the 422,000 jobs expected by analysts. At the same time, the unemployment rate fell to 3.9%, close to what the Federal Reserve considers full employment.

Meanwhile, Republicans have focused on surging inflation, which is expected to reach four-decade highs when December data for the Consumer Price Index is released on Wednesday. GOP lawmakers argue that inflation has effectively erased wage gains for most Americans.

Biden presented the jobs report as a sign that his economic plan is working.

“There has been a lot of media coverage about people leaving their jobs,” Biden said at a press conference. “Well, today’s report tells you why: Americans are moving into better jobs, with better wages, with better benefits. That’s why they quit their jobs.

“These are not workers who walk away and refuse to work. These are workers capable of taking a step forward to meet their needs and those of their families, ”he added.

The president also hit back at Republicans, calling claims he was not focusing on inflation “malarkeys.”

Ministry links growth in zakat collection with use of technology