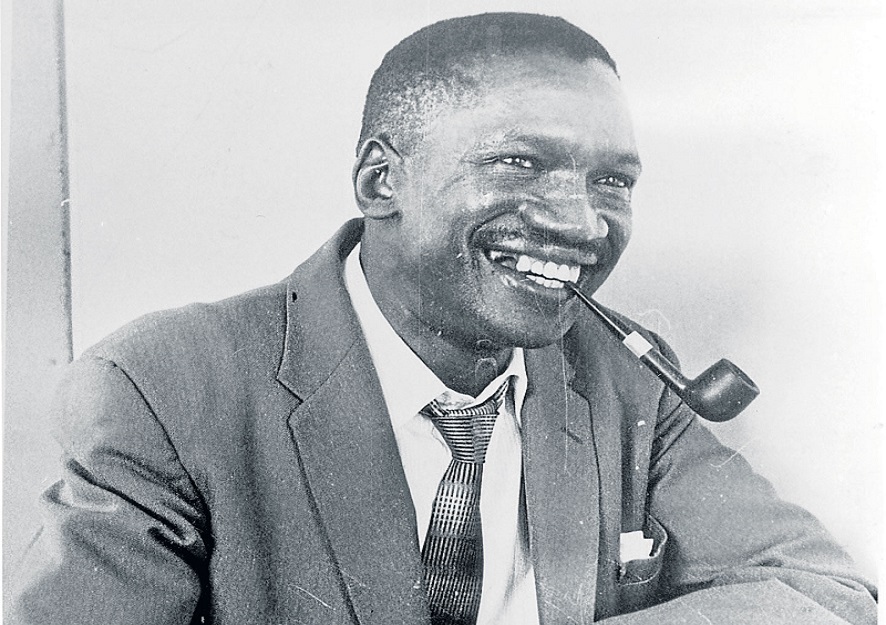 Can sobukweism create a new Africa?

In the centuries to come, we will watch over you; in our dream

See in your marshes the Prospero of our stream;

Your doors have opened, where knowledge in its grave

Spent countless years in the dark.

So you’ll walk with that morning glow,

Shine as your sister lands with an even beam.

This poem was last read by Pixley Ka Isaka Seme on April 5, 1906, during his famous “The Regeneration of Africa” speech he gave at Columbia University in America.

Seme began the speech with the words: “I chose to speak to you on this occasion on“ The regeneration of Africa ”.

“I am African and I oppose my racial pride to hostile public opinion. Men have tried to compare races on the basis of some equality. In all works of nature, equality, if by that means identity, is an impossible dream! Search the universe! You will not find two identical units.

This speech was to lead to a new era of African nationalism and the struggle against colonial conquest in Africa.

Although African political consciousness intensified in the 1870s, it became an important factor from the 1880s in African politics. Among the first organizations formed were the Native Voters’ Vigilance Association, the Native Education Association and the temperance body, the Independent Order of the True Templars.

And the high degree of political unity among Cape Africans was achieved in the 1890s and in 1902 led to the formation of the Cape Native Voters Association.

In the debates that have followed since decolonization on the total liberation of Africa, various ideologies and political programs have been suggested as ideals for the complete emancipation and independence of Africa. One of these philosophies is African nationalism, which many believe shaped the struggle for the liberation of the African continent, but has somewhat calmed down due to an elitist clique.

But in Robert Mangaliso Sobukwe, African nationalism has risen to higher levels.

Sobukwe joined the African National Congress Youth League (ANCYL) in 1948 and was elected Chairman of the Student Representative Council (SRC) at the University of Fort Hare. In 1952, Sobukwe caught the attention of South African authorities when he supported the Defiance campaign. He identifies with the Africanists within the ANC.

In 1957, Sobukwe left the ANC to become editor-in-chief of The Africanist newspaper in Johannesburg.

In a speech he gave at Fort Hare in 1949, Sobukwe said: “You have now seen what education means to us: identifying ourselves with the masses. Education for us means service to Africa. You have a mission; we all have a mission. We have a nation to build, a God to glorify, a clear contribution to make to the blessing of mankind.

Sobukwe added, “This is why we preach the doctrine of love, love for Africa. We can never do enough for Africa, nor love it enough. The more we do for her, the more we want to do. And I am sure I speak for all of young Africa when I say that we are ready to work with any man who fights for the liberation of Africa DURING OUR LIFE.

Sobukwe firmly believed in an Africanist future for South Africa. He was against any model that suggested working with anyone other than Africans. Sobukwe defined an African as any person who lives and swears allegiance to Africa and who is ready to submit to African majority rule.

Sobukwe said, “I want to make it clear again that we are anti-person. We are pro-African. We breathe, we dream, we live Africa; because Africa and humanity are inseparable.

“We made our choice. We chose African nationalism because of its deep human significance; because of its inevitability and the need for global progress. World civilization will not be complete until the African has made his full contribution, ”he said.

The ANC had been formed in 1912, and this was followed by a series of nationalist political parties established in almost all African colonies during the 1950s, and their rise to power was a major reason for the decolonization of the Africa.

A group of Africanists from the ANC broke up to form the Pan African Congress (PAC) of Azania (PAC) on April 6, 1959. They noted that the ANC had been captured by the white communists of the SACP, and they rejected the Freedom Charter. of 1955, saying it was a betrayal of the freedom struggle.

However, some reports from the time suggested that Africanists had in fact been kicked out of the ANC.

Sobukwe, who became founding president of the PAC, better contextualized African nationalism: “We consider that it is the sacred duty of each African state to fight unceasingly and with energy for the creation of the United States of Africa from Cape Town to Cairo. and from Madagascar to Morocco ”.

Sobukwe was adamant that hatred was not part of our struggle. He mightily testified: “Moreover, a doctrine of hatred can never get people anywhere. It is too demanding. It distorts the mind. This is why we preach the doctrine of love, love for Africa. We can never do enough for Africa, nor love it enough. The more we do for her, the more we want to do.

Sobukweism should be included to give strength to African nationalism.

Even an idea of ​​bikoism must be nurtured in honor of the humanitarian work of Steve Biko, “the godfather of black conscience in South Africa”.

Colonialism has caused cultural, economic, social and political genocide on the indigenous peoples of Africa and, to an even greater extent, influences the way Africans live, eat, drink, wear, read, watch, including what that we listen to. The colonial legacy has led to an identity crisis and to a continent that still seems, if not entirely, dependent on its “former colonial rulers” to run its affairs more than 70 years after the liberation of the first countries.

All Sons and Daughters engaged in the total emancipation of Africa must revisit and revive African nationalism to arrive at the next chapter of our Struggle for the total liberation of all our peoples.

African nationalism is widely accepted as an umbrella term that refers to a group of political ideologies, primarily in sub-Saharan Africa, which is based on the idea of ​​national self-determination and the creation of nation states, some activists have said. .

In its originality, African nationalism was based on demands for self-determination and played an important role in forcing the process of decolonization of Africa.

Although African nationalism is understood to refer more to a wide range of different ideological and political movements, it has often found a partner with Pan-Africanism, which some of its supporters say seeks the federation of several or all of the states. nations in Africa. .

In the case of African nationalism, the early nationalists following the continental genocide due to colonialism had hoped to overcome ethnic fragmentation by creating nation states.

In its early days in the world, African nationalism was inspired by the African-American and African-Caribbean intellectuals of the Back-to-Africa movement who imported the nationalist ideals that were developing in Europe and the Americas at the time.

Unfortunately, the early African nationalists were said to have been elitists and believed in the supremacy of Western culture, but sought a greater role for themselves in political decision-making; it was done at the expense of their people.

However, it is revealed that one of the challenges faced by nationalists in unifying their nation after European domination was the division of tribes and the formation of ethnicism.

African nationalism intensified as a mass movement in the years following World War II, due to wartime changes in the nature of colonial rule as well as social changes in Africa itself. .

Painfully, according to supporters, nationalist leaders struggled to find their own social and national identity as a result of the European influence that controlled the political landscape during the colonial occupation.

“African nationalism in colonial times was often portrayed only in opposition to colonial rule and was therefore often unclear or contradictory as to its other goals,” they say.

African nationalists of the time were also criticized for their continued use of ideas and policies associated with colonial states. The regeneration of Africa has been left in the hands of elites who do not think much or care little or not at all about the African masses they claim to represent.

The conversion of the Organization of African Unity (OAU) to the African Union (AU) has not yet been fruitful for the continental masses, compared to what is happening in the European Union (EU).

The current generation of African leaders seem to draw inspiration from the former colonial masters in everything, including their education, culture and the policies they promote.

On the vision of Africa, Sobukwe explained during the inaugural speech of the PAC, April 1959, that “besides the sense of a common historical destiny that we share with the other African countries, it is imperative, for reasons purely practical, that the whole of Africa be brought together in a single, centrally controlled unit. Only in this way will we be able to solve the immense problems facing the peoples of the continent ”.

More universities are going bankrupt, but the best schools are experiencing record wealth

We should stop politicizing India’s agricultural sector, as its crisis is much more fundamental and deep-rooted