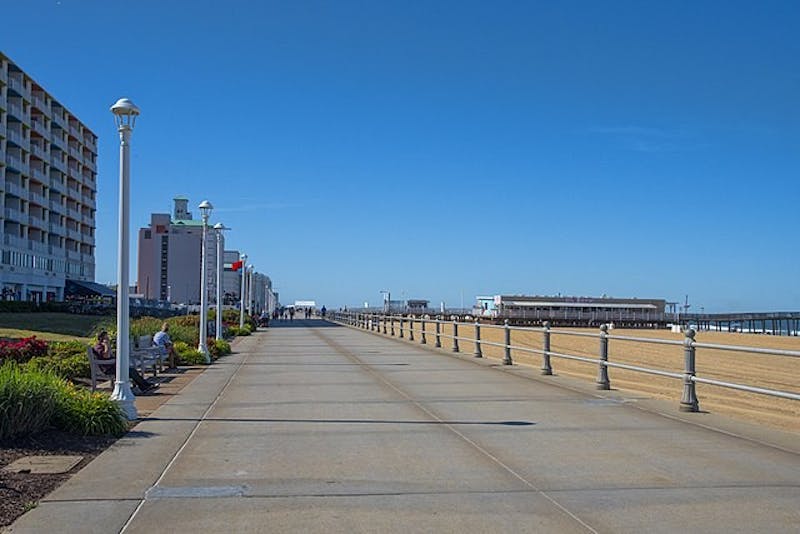 One of the most important elections in the state’s history is set to take place next week. Virginia is seen as a purple state that has leaned increasingly democratic over the past decade, making it a key player in federal politics. The gubernatorial race between candidates Glenn Youngkin and former governor Terry McAuliffe is crucial. This is the first major election since the 2020 presidential election, making it both an indicator of the future of Virginia’s political identity and President Joe Biden’s approval ratings.

The race has narrowed in recent weeks, with polls showing mixed results – some saying Youngkin is ahead while others recognize McAuliffe with a slight lead. The race itself focuses primarily on debates over the COVID-19 vaccine requirement and public school curricula. One problem Youngkin has yet to fully address is the climate crisis, which threatens not only Virginia, but the entire world. There should be no further debate on whether or not climate change exists – it does. In fact, the Intergovernmental Panel on Climate Change makes it clear that “the scientific evidence for a warming of the climate system is unequivocal.” Despite the results, human activity remains the main driver of climate change.

In Virginia, climate change is evident in sea level change and flooding. In fact, Norfolk has the fourth highest rate of sea level rise – reaching 5.385 mm / year – and comes second as the largest population center at risk of sea level rise in the country. These alarming statistics are disheartening. If the course of sea level rise and flooding in Virginia does not change, military infrastructure, schools, hospitals, and even homes and cars will be affected. Climate change is not only straining Virginia’s physical infrastructure, but also the economy. In Norfolk alone, the cost of flooding is $ 26 million per year.

One would certainly think that flood mitigation would be an important part of the race for governor. Think again. While McAuliffe’s platform includes a broad plan on climate change, Youngkin’s platform includes a single dot, hidden in a subsection of his website that simply says “Carrying out long-term environmental projects.” . Youngkin doesn’t give any specific details – like what these environmental projects are – and climate change is never mentioned. It’s on par with what to expect from Youngkin. He himself declares that he does not understand climate change. Speaking at a candidate forum in early October, Youngkin said, “I don’t know what’s responsible for climate change, frankly… I’m a pretty smart guy, but I’m not that smart.

I would consider myself a pretty smart girl. I’m 34 years younger than Youngkin, just starting my adulthood, but I’m smart enough to listen to NASA scientists who study climate change as their primary profession. The same cannot be said of Youngkin. How can we place our precious Commonwealth in the hands of someone who does not have the knowledge to safeguard it? Environmental policy should be a mainstay of Virginia politics – its existence shouldn’t even be in question.

On Youngkin’s website, he says we “have a lot to do here in Virginia, and we need to start strong.” And he’s right, there is a lot to do here in Virginia. But to ‘start strong’ we must first tackle a problem which, if left unaddressed, will lead to total catastrophe. It’s just a matter of time. By 2050, 100-year storm surges will become 10-year or more frequent events. The effects of climate change are accelerating, and failure to recognize it will only further damage Virginia’s infrastructure and economy.

This is not just a call for Youngkin, but rather for all individuals with any semblance of influence to do better. Climate change is real. It is real and its effects are real. The longer it takes to realize this, the more this nation and our Commonwealth will be behind in efforts to alleviate it. Any politician who currently does not have an environmental plan is unreliable, ignorant and apathetic to his constituents. If they really cared, they would jump at the chance to save their state from the climate change cutting block. To use Youngkin’s words, there is a lot to do here. However, it is because we have done so little in the past. This election to governor has to change that. No matter where you lean politically or which candidate you support, it’s in your best interest to support a candidate with an environmental plan. This candidate is not Glenn Youngkin. Virginia’s future depends on your vote.

Grace Duregger is an opinion columnist for The Cavalier Daily. She can be reached at [email protected]

This growth stock is blowing its industry

Evercore ISI Sticks To Its Holding Rating For Huntington Bancshares Inc. By Investing.com