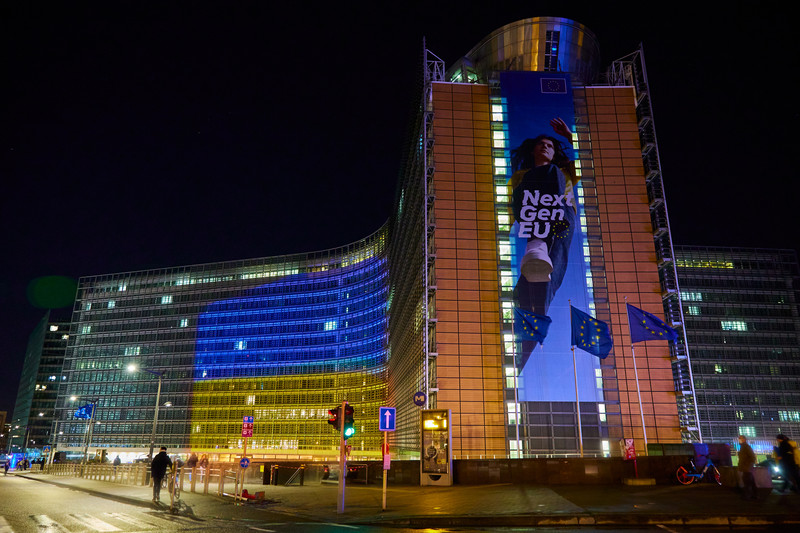 Has the EU gone far enough on sanctions?

There is no doubt about the illegality of Russia’s war of aggression against Ukraine, nor about the condemnation of these actions by democracies around the world, including within the European Union.

European leaders have expressed their willingness to react with force and determination, including through economic sanctions, to send a strong signal to Moscow. And late Friday afternoon there were strong – but unconfirmed – indications that Vladimir Putin and his foreign minister, Sergei Lavrov, would face personal EU sanctions.

While few had any illusions that the military realities President Putin created with his invasion could be reversed anytime soon, it was also clear that there was an urgent need for Europe to stand up to the bullies. geopolitics.

After all, if the EU fails to rise to the challenge posed by the invasion, it is not just the European institutions that are at stake, it is ultimately about the survival of independent liberal democracies in Europe. .

This was the backdrop to Thursday’s emergency European Council meeting. Did the Union and its members then react quickly and decisively, sending strong signals to Moscow?

There was certainly strong rhetoric, backed by economic sanctions that went further than what the EU had done before.

The Union was also able to act unanimously despite some grumbling as the meeting approached. There seems to have been a change in Germany’s approach, with the effective demise of Nord Stream 2, a long-demanded step to show Russia that it cannot divide Europe by the power of its gas .

While these are steps in the right direction, they don’t go far enough. As for economic sanctions, EU leaders could not agree to cut Russia off from SWIFT, the global interbank payments system.

While the EU has introduced painful economic sanctions, so far there is no EU decoupling from Russian gas, unless Putin unilaterally decides to stop deliveries. It appears that European leaders were unwilling to bother to increase sanctions further, especially as some feared that people at home would not understand such actions.

But that’s how sanctions work: to be credible, those putting these measures in place must be willing to accept that it will have a negative effect on both sides. To make a difference, EU countries will have to be prepared to bear the costs.

The broader and stronger the sanctions, the greater the effects on Moscow.

Europe must be ready to bear the pain and European leaders must engage with their citizens on the fundamental truth: it must be done, there is no alternative. And the Member States and particularly vulnerable segments of our societies that will suffer a high economic price must be supported financially.

This course of action will be all the more painful than it should have been because the EU did not react sufficiently to the annexation of Crimea by Russia in 2014 while the Union and its members have not learned the right lessons from this questioning of the European regional order.

This time must be different, not least because we must now recognize that President Putin will not stop at Ukraine. It will continue to test the resolve of liberal democracy and continue its long-running dirty conflict, interfering with European democracy in many ways.

This is why the EU actually needs to go beyond economic sanctions and start putting contingencies in place, and prepare for the long-term consequences that will inevitably follow.

This includes a comprehensive set of commitments and measures, including on cybersecurity, to more vigorously defend our democracies in cyberspace.

There is a need for a radical change in our approach to defense and security in the EU, including the painful discussions on how to deal with the fragmentation of its defense market and the need to increase defense spending and security.

We must prepare for the militarization of refugees, with a strong possibility that Putin will make the situation even worse.

We must deal with the economic impact of the crisis, in particular on the energy markets, by putting in place a global and trans-European package to cushion the impact of rising energy prices and the volatility of markets.

And we must draw geopolitical and geoeconomic conclusions from this, in particular on the need for the EU’s strategic autonomy. All this does not mean undermining the transatlantic alliance but on the contrary requires more cooperation and coordination with Washington.

In this, the Union must act in unity and avoid fragmentation. But the overall decisive response must not be blocked by a reluctant member state. Europe’s strong democracies must assume their responsibilities and, in some areas, this might require recourse to enhanced cooperation or intergovernmental mechanisms.

If some governments are unwilling to support the Union’s response to this crisis, there will be political and economic consequences for those blocking progress.

Of course, the EU could not agree and implement all of this at the overnight meeting. But there could have been strong signals and commitments from the direction of travel. It is not too late, so the EU must continue to unite and increase the pressure. More will have to be done in the future. The EU and its members must counter this serious threat.

In this era of permanent crisis, what happens in the East will have interrelated repercussions in all policy areas, in many cases compounding the challenges already present.

The EU will have to deal with all these crises (and future crises) simultaneously. This will become an existential test that European democracies will face if we do not act decisively and collectively.