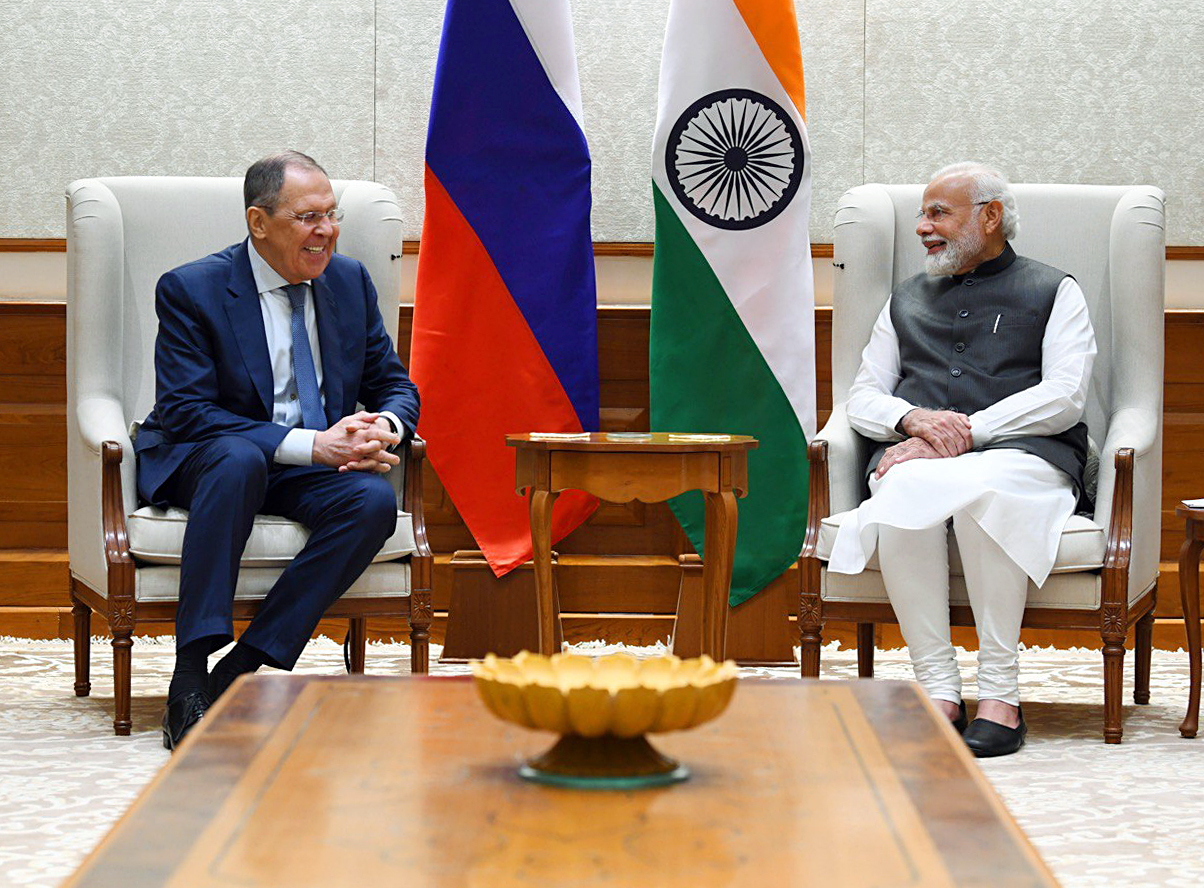 India’s dilemma between the West and Russia

There is a notion among some mainstream Indian strategic analysts, including some who held high-level positions in the security establishment in past regimes, that what is going on in Ukraine is essentially “a war between Europeans over the ‘European security order’.

Whatever the basis for this notion, such contrived naivety can do incalculable damage to India’s strategic planning in the 21st century. Will the war change the fundamental geopolitical dynamics in Asia? There is no doubt that it will. But Indian analysts take a narrow view that this conflict in Ukraine could lead to a “distraction” from Washington’s Indo-Pacific strategy.

That is to say, the Indian commentator sees the looming US-Russian confrontation along the Dnieper River draining “Washington’s energy to play an active or meaningful role in Asia’s security dilemmas as long as there is concerned about containing Russia in Europe”.

At first glance, this may seem like a rational argument. For there are many signs of great fragmentation within the European order itself. Poland and Lithuania are on a limb; Germany is moving down the path of militarism (with implications and consequences for the European order yet to be understood); France under Emmanuel Macron oscillates between a posture of proto-Gaullism and an immaculate Euro-Atlanticism; and all this, while the Franco-German axis of the era of Angela Merkel (“Frau Europa”) is moving away. Indeed, presenting the Ukrainian conflict as a global Manichean struggle is futile, because there is no such thing as absolute evil and good in politics.

However, what Indian analysts fail to grasp is that the Ukrainian conflict is actually a model of Indo-Pacific strategy. Likewise, it is also a historical fact that Manichean allegories – “democracy versus autocracy” in this case – have a way of arising in the dominant and hegemonic phases of imperialism. For India in particular, from its independence in 1947 until today, the current hegemonic phase of world politics can even be called neo-colonialism.

Two remarkable events would help explain why India needs to be clearheaded. One was NATO Secretary General Jens Stoltenberg’s usual press conference on Tuesday, on the eve of the alliance’s two-day meeting of foreign ministers (April 6-7) in Brussels.

The second was, again on Tuesday, a stunning testimony from the commander of the United States Strategic Command, Admiral Charles Richard, during a classified hearing of the congressional defense appropriations subcommittee in Washington against the backdrop of the Russian nuclear posture. current crisis in Ukraine which has an impact on the national security strategy, etc.

The current NATO ministerial meeting in Brussels is taking place as a crucial phase of the Russian operation in Ukraine is about to begin. Stoltenberg said NATO allies are “committed to providing further support” to Ukraine, including armaments, humanitarian aid and financial aid, cybersecurity assistance, etc.

In addition, he said, the ministerial meeting will discuss work to develop NATO’s next strategic concept for the Madrid summit in June, also revealing that “for the first time, it (the NATO) will also have to take into account China’s growing influence and coercive policies. on the world stage. This poses a systemic challenge to our security and our democracies. »

Admiral Richard’s testimony before Congress, on the other hand, contained startling and explicit details regarding the “systemic challenge” posed by China. He said China “continues the breathtaking expansion of its strategic and nuclear forces with opaque intentions as to their use.” Above all, underlined the Admiral,

“The strategic security environment is now a tripartite nuclear reality, where the PRC and Russia emphasize and undermine international law, the rules-based order and norms in all areas. Never before has this nation faced two nuclear-capable near-peers simultaneously, who must be deterred differently… Today, the PRC and Russia have the ability to unilaterally escalate conflict at any level of violence, in any field, worldwide, with any instrument of national power, and at any time”.

“They (China and Russia) will continue to expand and diversify their nuclear forces over the next decade and the PRC in particular will increase the role of nuclear weapons in its defense strategies. The range of their new systems complements growing nuclear stockpiles and includes the development and modernization of survivable nuclear triads, counter-intervention and power projection capabilities designed to deter and deny our regional influence…

As for Russia, the admiral highlighted its “new and advanced weapons delivery systems, many of which are capable of hypersonic speeds and flight path adjustments designed to evade US missile defense systems…The Russia (also)… claims to have already done serious research and technological background work on equipment that has no equivalent in the world. They continue to develop additional strategic systems with new hypersonic warheads to expand the range of threats against the United States.

The Admiral’s conclusion was two-fold: first, the United States no longer faces “a singular operational problem, but must simultaneously consider two nuclear-capable quasi-peers”, and second, China and Russia are “actively seeking to change the international rules-based order, while the United States, along with our allies and partners, seeks to defend it.

In geopolitical terms, what does this imply? In short, the outcome of the conflict in Ukraine is of crucial importance as the world watches. The defeat of Russia at the hands of a strong and united West would force the (non-Western) international community to rethink US commitment and competence and reverse global perceptions of transatlantic influence and relevance in decline in the 21st century, while conversely any failure to defeat and weaken Russia would inevitably hasten the decline of the West as an effective global player.

In other words, as president and CEO of the Atlantic Council and avowed ideologue of unipolarity, Frederick Kempe wrote bluntly last week: “The question is not what would be the new order but rather whether the United States and its allies can, through Ukraine, reverse the erosion of the gains of the past century as a first step towards establishing the first truly “global” world order.

It’s a question of unipolarity, stupid! To shape the future world order, the United States and Europe must first reverse the course of Western decline. A failure in Ukraine may well mean the disintegration of the EU and NATO. The disparate cohesion within these alliances will not survive the trauma of defeat. The desperation in the West was on display during the EU leaders’ virtual summit with China last week – incidentally, the first China-EU summit in two years.

Likewise, the ferocity of the information war around Bucha shows it. But why should there be any confusion in the Indian mind? Metaphorically speaking, the confusion stems from opium consumption, as the Chinese experienced during their so-called hundred years of national humiliation. The plight of Indian elites is pitiful.

There are two great books on Manichaean binaries by Jamaican mixed-race author Herbert George de Lisser, set in the Caribbean during colonial times –The White Witch of Rosehall and Revenge: A Tale of Old Jamaica – where black women’s moral compasses often stemmed from their association with white men, despite the extremely bitter and violent thoughts they ultimately created when rejected by the white men they loved.