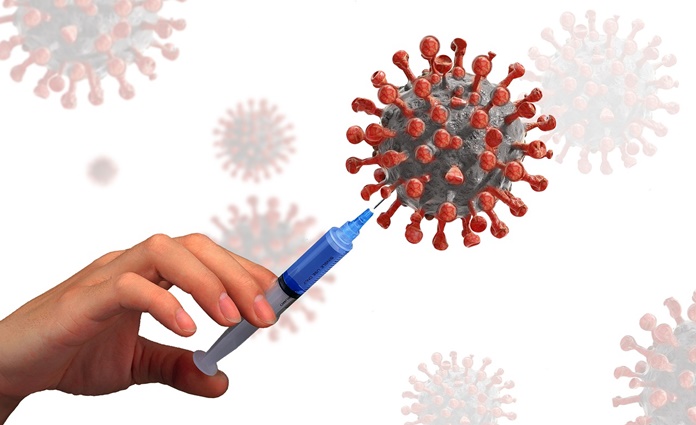 Meanwhile, the 85 poorest countries in the world have virtually no access to Covid vaccines. The World Health Organization (WHO) has launched the Covax initiative, targeting the delivery of two billion doses of vaccines by 2021.

But the Covax program has yet to receive a significant share of the contributions pledged by the richest countries. It has only distributed 70 million doses of Covid vaccines as of May 27, 2021 (3.5% of the target amount). Health and human rights activists have criticized this imbalance in access to vaccines, calling it “vaccine apartheid.”

This massive imbalance in the allocation of a scarce resource is entirely due to money. The richest countries in the world have paid millions of dollars to the various pharmaceutical companies working on Covid vaccines with the understanding (crystallized in binding contracts) that these countries would have the first option to buy ‘x’ million doses of this vaccine if it ever reached the market.

Middle-income countries like Malaysia did not enter into such futures because of the financial risk involved – if the vaccine was not effective or had too many side effects, the money invested should have been be struck off. It was part of the deal.

Middle-income countries like Malaysia have therefore chosen to wait and see if the vaccines are suitable for national use before placing orders. So we are in the second tier of buyers, competing for a limited resource with other middle income countries that have followed a similar strategy.

This is why the Socialist Party of Malaysia (PSM) is strongly opposed to the fragmentation of the Covid vaccination program in the country which is advocated by several political leaders. If we allow the richer states to acquire the vaccine on their own, what about the poorer states in the federation? Are the lives of people in poorer states less precious than those of Selangor, Penang and Sarawak?

Support the struggle to build a Malaysia based on justice, freedom and solidarity:

And if we allow large factories to buy vaccines for their staff, what about those of small and medium enterprises, daily paid workers and small farmers? Isn’t their protection such a high priority? Isn’t this similar to vaccine apartheid, practiced by rich countries, which we criticize?

PSM’s position has always been that we must fight this pandemic on the basis of solidarity. Kita jaga kita (We support each other)!

Fragmentation of the immunization program, if allowed, will drive up vaccine prices as different states and other parties offer higher bids to purchase the scarce resource (and perhaps score some political points). Remember how Andrew Cuomo, the governor of New York, bitterly complained (in his televised conversations with the public) about how the prices of PPE and ventilators had skyrocketed due to the fragmented nature of purchases from the states? -United at the time.

The PSM is everything for the involvement of private hospitals and general practitioners in the deployment of the national immunization program, but it must be a unified national program coordinated by the Ministry of Health, based on needs (vulnerability infection) and not on the ability to pay. There can be no compromise on this principle. The Covid vaccine should be given to people free of charge based on their risk profile.

To facilitate the cooperation of the whole of society in the battle against Covid, it would be helpful for the government to clarify some outstanding issues regarding the purchase of vaccines that threaten to undermine the credibility of the government.

Pasir Salak MP Tajuddin Rahman raised one of these questions in Parliament. He interrupted the finance minister to ask who would receive the RM500 million commission for purchasing the Covid vaccines. A video which made the rounds showed the perplexed minister, unable to answer this “friendly fire”.

While many Malaysians are wary of a possible handkerchief when purchasing vaccines, the government should clarify the situation.

From Khairy Jamaluddin’s statements, we understand that the big pharmaceutical companies insisted on nondisclosure clauses in contractual agreements, and given the tight supply situation, countries like Malaysia were not in a position to refuse.

But nothing prevents the government from setting up a committee of eminent persons to act as a watchdog for the purchase of Covid vaccines. This committee, which must take the secret oath, could include a couple of opposition MPs, a former president of the bar, a Suhakam commissioner and a retired judge. Give the committee the mandate to request and review all relevant documents and provide them with a dedicated secretariat. This would create an effective checks and balances process while respecting the terms of the government’s agreement with Big Pharma.

This oversight committee is also expected to look into the allegation that Pharmaniaga mishandled a large batch of Sinovac vaccine material, resulting in losses amounting to tens of millions of ringgit. This is a serious allegation that the committee should consider.

Pharmaniaga “inherited” the staff and technical capacity of the then government medical store, the procurement arm of the Ministry of Health before this function was privatized as Remedi Pharmaceuticals in 1993. Remedi s ‘is then made into Pharmaniaga, which for the past 20 years has been bottling the vaccines that are used by the ministry, so they should have considerable expertise in this area.

Is it possible that Pharmaniaga delved into this mission with Sinovac? The oversight committee should look into this.

Obviously, the oversight committee must abide by the nondisclosure conditions of Malaysia’s contracts with pharmaceutical companies. But that should not be an obstacle to him giving a summary of his findings to the public. If the committee finds serious professional misconduct, it should refer them to the attorney general’s office for action.

The government should also respond to legitimate questions and public concerns about vaccines by hosting virtual town halls on topics. These sessions could cover topics such as how the National Drug Regulatory Agency decides which vaccines are suitable for Malaysia, the challenges middle-income countries like ours face in bidding for these vaccines, the steps taken to harness the private sector to delivery. vaccines to the public, and the government’s strategy to address vaccine reluctance.

We have a smart and articulate minister responsible for vaccine supply. He would be able to manage these town halls. Post responses to participants’ questions on a website so more people can better understand the process.

We are in a difficult situation. Lives are lost and livelihoods destroyed. We are at war with the virus, and right now we are the recipients!

We need a holistic approach to society to get through this difficult time. The government must do its part to dispel the swirling doubts. People need to be more careful to separate fact from fiction. Let’s work together to ensure that everyone goes through this crisis safely.

RUTH SUNDERLAND: Working from home is not a lifestyle perk