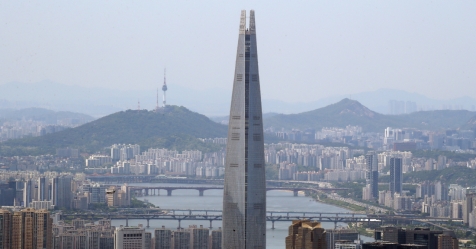 An exterior view of Seoul (Yonhap)

A planned regulatory change in South Korea will boost growth in the burgeoning private equity industry led by large and reputable fund managers, according to a report released on June 20.

The revision of the Capital Markets Law, which will soon enter into force from October, aims to separate institutional and non-institutional funds. Much of it is designed to protect non-institutional end investors of private funds, as a number of deceptive selling scandals have rocked the fund industry over the past two years.

But what has emerged in the wake of the scandals has worked well for private equity fund managers. Those who oversee institutional funds will be able to provide the extensive pool of investment structures and conditions to institutional investors and target companies, according to the report released by UK-based market intelligence firm Preqin.

â€œThe key point of the bill is that while all investors in a fund are institutions, the manager can use different investment structures to meet the various capital needs of potential holding companies,â€ Chai Jin-ho , an executive managing partner at STIC Investments, was quoted as saying in the report.

“Overall, these changes bode well for the continued development of the industry,” the report read.

The changes, however, are likely to put disproportionate regulatory pressure on small and medium-sized managers, while the dominance of larger fund managers will strengthen over time in the landscape home to MBK Partners, Hahn & Co. , IMM Private Equity, STIC Investments, and more.

â€œAs a result, we expect bigger and more reputable (fund managers) to benefit from the changes,â€ noted Preqin.

The 281 Korean fund managers exposed to shares of private companies in Korea raised a total of $ 92.5 billion in capital from 2010 to March this year, accounting for 90% of Korea-focused private equity funds in the world, according to data.

Do i need an emergency fund