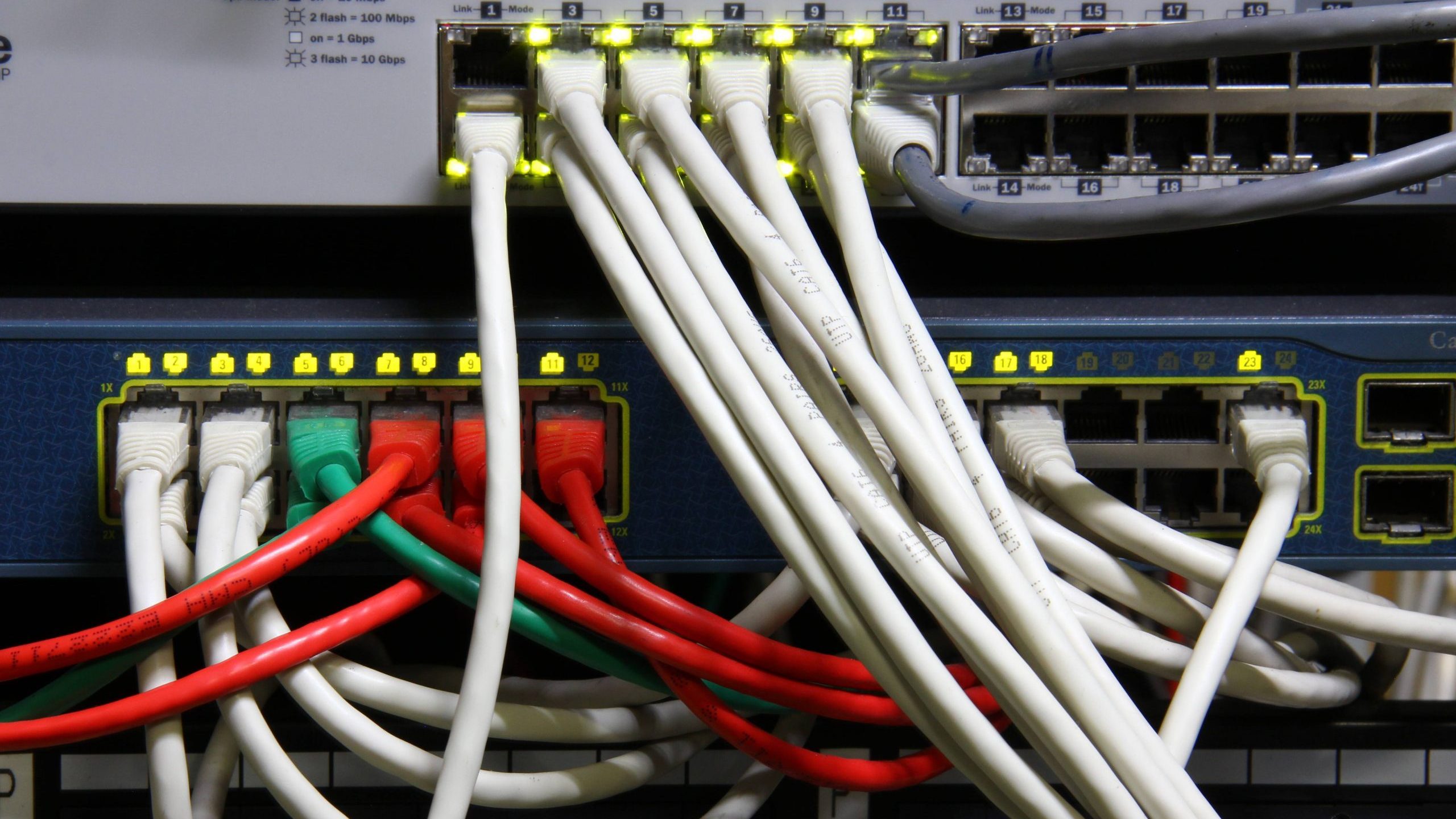 So much for a “world without borders”? Countries mark their territory in cyberspace.

Since the advent of the Internet, politicians from all ideological and national backgrounds have raised the issue of a “borderless” cyberspace. Their perception of a “borderless” digital world exposes the challenges governments face when trying to exercise sovereignty there, if not the impossibility of doing so.

Yet while cyberspace facilitates communications that transcend state borders, it is not a monolithic space. On the contrary, it always reflects the complexity of the world, and in cyberspace, borders retain their barrier function, but also their porosity. This creates many conflicts between countries because the functioning of cyberspace is subject to physical and geopolitical constraints. However, it is obvious that the digital world, by its inherent characteristics, alters and transforms the traditional vision of borders: the outlines cannot be transposed in the same way as they would be in a geographical space.

In reality, state borders in cyberspace are more complex, more fluid and in perpetual reconfiguration. They can also create nonadjacent spaces which can in some ways overlap.

The discourse on a cyberspace “without borders” unfolded in two periods, carried by two different types of actors for radically different reasons. Despite what the expression implies, the concepts of borders and territories fundamentally structure the discourse.

In the early 1990s, with the birth of the Internet, a utopian story emerges among the pioneers of cyberspace. This story assimilates its characteristics to those of a physical territory: a population (Internet users), a mode of governance (self-regulation), and its own system of values ​​(transparency, opposition to a hierarchical system, etc.). This territorial representation of cyberspace is present in “A Declaration of the Independence of Cyberspace”, published in 1996 by the late John Perry Barlow, co-founder of the Electronic Frontier Foundation. This declaration defines cyberspace as a territory that is not under the sovereignty of States, thus establishing a new border between the geographical territory of States and cyberspace.

But in the early 2000s, politicians began to see a “borderless” cyberspace as an “out of control” space or a “lawless” zone. Unlike the pioneers, politicians use the phrase as criticism rather than praise because of the significant difficulties states face in enforcing their national laws in cyberspace and in exercising their national security prerogatives and defense. Indeed, the cross-border nature of cyberspace creates many challenges for authorities struggling to tackle the rise and proliferation of cyberattacks, cybercrime and hate speech online. The rapid pace of change in the digital world also calls into question the ability of states to envision, create and implement strategies or pass laws to respond to new technologies, capabilities and uses. Political speeches denouncing the “borderless” nature of cyberspace reveal that governments understand that they have lost part of their sovereignty and allude to their desire to project their borders into cyberspace.

In the beginning, some states attempted to recreate their physical borders through network infrastructure. The best-known example is the Chinese “great firewall” of the 2000s; since its creation, this censorship system has evolved a lot and become more complex. Today, comparing it to a firewall would be insufficient to say the least, if not totally false. Yet the desire to erect digital borders that correspond to physical borders persists: more recently, at the end of 2019, Russia and Iran temporarily disconnected their national networks from the World Wide Web. These actions were presented as protection and defense actions in the event of cyber attacks deployed from abroad.

Efforts to project state borders into cyberspace also include state law enforcement in cyberspace. Indeed, states attempt to project their legal borders into cyberspace in order to exercise their normative and enforcement powers (the application of laws and regulations to events occurring mainly abroad). To this end, governments attempt to connect a cyber event to their territory by referring to the physical location of the information technology (IT) infrastructure (internet cables, servers, etc.), individuals or entities. on their territory. They also invoke the nationality of the legal or natural person linked to the cybernetic event as a connecting factor. Because each country tries to project its borders – and several countries are more likely to claim such a connection – competing jurisdictions sometimes take place around a single cyber event.

A peaceful coexistence of jurisdictions occurs in many cases, but certain situations can lead to friction. One of the most famous and well-documented examples of overlapping jurisdictions is the Clarifying Lawful Overseas Use of Data (CLOUD), a US law that requires every US company, including its subsidiaries, to disclose data hosted on their sites. servers, wherever they are in the world these servers can be located. This 2018 law has been the subject of much criticism, including in Europe, and continues to raise serious concerns to this day, due to its extraterritoriality. However, from a legal point of view, its illegality has not been fully proven, since the law is based on a link: the nationality of the company.

The ability of the CLOUD Act to go beyond the territorial character of infrastructure was also seen as a threat to the sovereignty of other states. Questions have been raised regarding the compatibility of the CLOUD Act with the General Data Protection Regulation (GDPR) which protects the data of European Union (EU) citizens, including when the data is processed by non-European companies. . In some situations, this could lead to a de facto limited application of the GDPR for the benefit of the CLOUD Act. The projection of state borders in cyberspace, and the conflicts it can generate, show that the concept of borders in cyberspace remains relevant. Nonetheless, this projection raises many points of friction because of the tangled and intertwined claims to sovereignty it provokes – and thus adds new complexity to the notion of borders.

Beyond the static (physical infrastructure) and traditional (legal) projections of state borders in cyberspace, there is a new type of border specific to the functioning of networks, much more fluid and dynamic, with constant and rapid updates. . While networks can be reconfigured for technical reasons, they can also be adapted for geopolitical reasons. Controlling infrastructure and its protocols is indeed “at the heart of the major political and territorial issues”, according to an analysis of routing and the Border Gateway Protocol, one of the main protocols allowing the Internet to function.

Take Ukraine for example. Since 2014, Russian authorities and separatist forces have taken action to link the networks in Donbass and Crimea (and the traffic they generate) with that of Russia in order to create a “kind of ‘digital front line’. which reflects the military front line. The objective for Russia and the separatist forces is not only to control the network, but also to bring these territories under Russian influence. These actions are part of a broader political strategy of the Russian authorities to establish a “sovereign” Internet, like the temporary disconnections mentioned above.

Geopolitical conflicts can therefore shape the borders of cyberspace by modifying existing borders and creating new ones. Thus, the territorial dynamics of annexation or fragmentation also exist in cyberspace. Far from the utopian representation of a “borderless” world so desired by the Internet pioneers, cyberspace is indeed a ground of confrontation for States wishing to extend their legal borders or their spheres of influence. But a forecast of what might happen leads one to think of borders not only as fixed and static – physical borders have never been, for that matter – but as extremely fluid and dynamic constructions.

This article was originally published in French in Diplomat, no. 109 (May-June 2021).

Alix Desforges and Aude Géry are researchers at the Geopolitics of Datasphère (GEODE), a research and training center of the French Institute of Geopolitics (IFG) of the University of Paris 8.

Image: An Ethernet server is shown. Photo by REUTERS