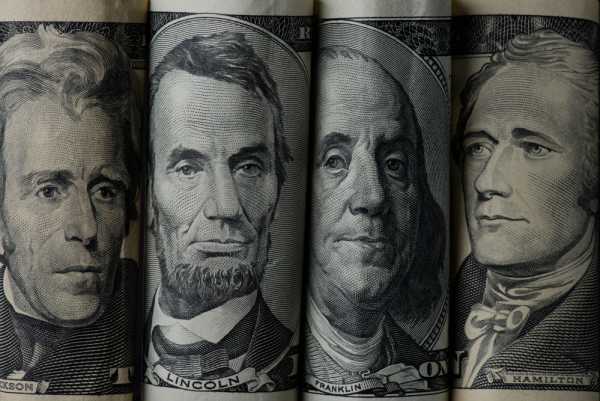 
Outside the United States

It was a quiet start to the week, with US markets closed in recognition of Memorial Day on Monday.

On Tuesday, the ISM manufacturing PMI fell from 60.7 to 61.2, supporting market optimism towards the economic outlook.

Markets then had to wait Thursday and Friday for the week’s key statistics.

The development of ADP’s nonfarm employment and weekly jobless claims were the focus, along with the market’s preferred non-manufacturing ISM figures for May.

The services sector PMI figures were also positive, with the ISM non-manufacturing PMI falling from 62.7 to 64.0. Economists were forecasting an increase to 63.0.

At the end of the week, it was a different story, however.

A fall in the participation rate and an increase in the wage bill have supported a fall in the unemployment rate.

In May, the US unemployment rate fell from 6.1% to 5.8%. However, this was not enough to mitigate the impact of the disappointing NFP figures…

It has been a relatively quiet week, with the finalized private sector PMIs finalized for May.

The statistics were mixed during the week. In May, the manufacturing PMI fell from 60.9 to 65.6. Although up from April, it was down from a preliminary of 66.1.

Friday’s construction PMI figures were also out, but had a moderate impact on the pound.

While statistics were positive for the pound, concerns over new strains of COVID-19 identified in the UK weighed on the pound.

Outside the euro zone

The private sector PMIs and unemployment and retail sales figures in Germany and the Eurozone were the focus of attention.

Earlier this week, the PMI manufacturing data for May impressed. The eurozone’s PMI hit a new record. The Netherlands, Italy, Ireland and Austria also set records during the month.

By midweek, retail sales figures in Germany were disappointing, however, with sales down 5.5% in April. In March, retail sales increased 7.7%.

In the 2sd half of the week service sector activity and euro area retail sales figures were the focus of attention.

At the end of the week, Eurozone retail sales figures had a moderate impact on the euro following weak figures from France and Germany.

It has been a busy week. At the start of the week, the GDP figures for the 1st quarter were the center of attention.

On a monthly basis, the economy grew 1.1% in March, beating the 1.0% forecast. In February, the economy experienced more modest growth of 0.4%.

Quarter-on-quarter, the economy grew again by 1.4%, following growth of 2.2% in the 4e quarter of last year.

At the weekend, the Ivey PMI and employment figures were in the spotlight.

Other statistics included the current account, RMPI and building permit numbers which had a moderate impact on the loonie.

It has been a mixed week for the Australian dollar and the Kiwi dollar.

It has been a busy week.

Gross operating profit of the company, 1st The quarter’s GDP and trade figures were key statistics for the week.

Gross operating income fell again by 0.3% in 1st quarter, after a decrease of 4.8% compared to the 4e trimester.

On the bright side, however, the GDP and trade figures were better than expected.

Final retail sales figures were also released and were in line with preliminary figures, claiming a 1.1% increase in April.

As the statistics were biased towards the positive, the RBA weighed on the Australian dollar on Tuesday.

For the Kiwi Dollar

It was a quiet week.

In May, business confidence improved, with the ANZ Business Confidence Index falling from -2 to 1.8. However, this was a 5 point drop from a preliminary of 7.0.

Building permits continued to increase in April, with permits up 4.8% after rising 19.2% in March.

It was a busier week.

The finalized private sector PMIs for May also sparked interest.

The statistics were biased towards the positive during the week.

Industrial production rose another 2.5%, after an increase of 1.7% in March, also positive.

Capital spending disappointed, however, falling 7.8% in the 1st trimester. In the 4e quarter, spending fell by a more modest 4.8%.

In May, the services PMI index fell from 49.5 to 46.5, compared to 45.7 previously. An increase in new COVID-19 cases weighed on service sector activity in May.

The manufacturing sector continued to grow, however, with the PMI falling slightly from 53.6 to 53.0. That was up from a preliminary of 52.5.

The private sector PMIs for the month of May were out.

It was a mixed set of numbers, however.

It was a different story for the market’s favorite Caixin numbers, however. The manufacturing PMI fell from 51.9 to 52.0, while the services PMI fell from 56.3 to 55.1.