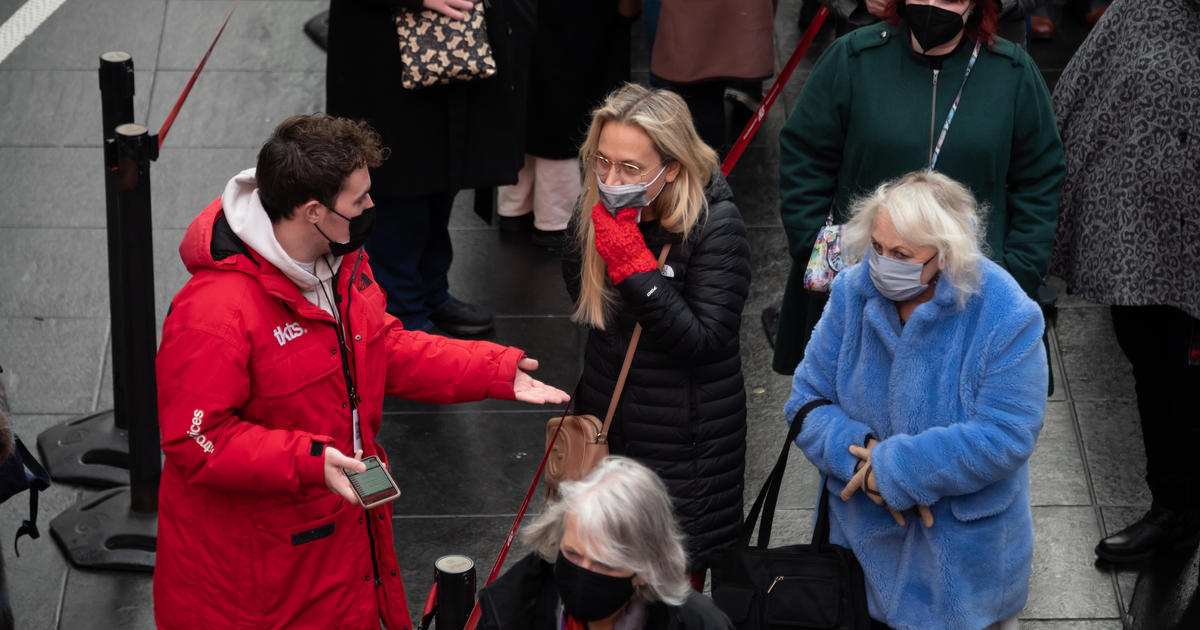 The times are uncertain. People think the fight against COVID has improved dramatically in recent weeks, up double digits, but still not good, say Americans who have now been through some up and down waves. With a majority still concerned about the virus, it’s not over for them, as people both express patience with the restrictions and a certain frustration to manage everything.

For parents, in particular, the majority still support masking in schools. At the same time, many of them say the pandemic has damaged their children’s emotional health and education.

The economy is still considered to be in trouble, but it has come out of its January low, in part because of the different ways people judge it. Some use national indicators, many of which have been strong, but many more say they assess the economy by the prices they pay – for food and services, and at the pump. And these people are especially likely to call the economy bad and say it’s getting worse.

It comes down to this: people are rating things better in the country than in January, but they still don’t rate them as good. They express much the same mix of hope and fear for the coming year as they did a year ago. They’re an audience that’s been through a lot and can, understandably, wait to see where things head next.

As coronavirus cases decline in many places, more Americans say efforts against the outbreak are going well, but it’s still a mixed report. Today, 47% say things are going well, up from 36% a few weeks ago. Fewer people today than a year ago say their own mental health has deteriorated due to the pandemic.

Overall, there’s still more patience than frustration about preventive measures like masks and restrictions – but there’s a lot of both, neither completely dominating the mind of the public.

And, it is important to note that we continue to see marked differences in attitudes and approach between the vaccinated and the unvaccinated.

Getting vaccinated – and now getting a booster shot – is not seen as a panacea. Those fully vaccinated today are mostly supportive of maintaining mask requirements, mostly patient about restrictions, and still concerned about catching the virus. The unvaccinated others say there should be no mask requirements, while saying efforts against the outbreak are going badly. They’re just not that worried about contracting the virus, not encouraged by the effectiveness of the measures to deal with COVID, and they’re frustrated about it.

Nearly half of parents say they feel burnt out or frustrated with dealing with the pandemic and children, but a majority of parents still support masks in schools.

A majority that specifically feels exhausted continues to return mask mandates. This should perhaps not be surprising; people can and do have many feelings at once, and many parents are still supportive of some protective measures, even though it hasn’t been easy to deal with it all.

Many parents say their children’s mental health and academic development have deteriorated because of the pandemic.

For parents who have a negative view of things with children and the pandemic, there is a lot of blame to be had. Political leaders, information and simply the nature of the virus itself are all blamed to some degree. And frustration and exhaustion abound.

What if a vaccine becomes available for children under five – which could now be further away, based on recent reports – the parents of these children were evenly split between yes, no and maybe if they would get the vaccine for them.

For one thing, things aren’t as bad as last month in Americans’ collective judgment of the economy. A lot depends on what exactly people are thinking of when evaluating “the economy”. For the most part, it’s the cost of food or gas. (Perhaps a more immediate concern, at least for now, especially with low unemployment.) They are especially likely to call the economy bad.

Part of it, as has been the case for many years now, is simply about who’s in charge: Republicans are much more likely to rate the economy as bad than Democrats, just as the reverse was true in Republican administrations. past. And here, seven in 10 Republicans who say the economy is doing poorly say they think of President Biden when evaluating him, among other things.

So the overall measure of how things are going in America is up seven points in a month, but still negative, because it’s been quite low.

Mr. Biden’s approval rating remains at 44%, unchanged from last month, perhaps reflecting this mix of metrics and sentiments. On the foreign policy issue he faces most urgently, he also had mixed notes on his approach to Russia heading into the weekend.

And as they look to the future, among a few emotions we’ve tracked over the year, there’s still the same mix of hope and fear as a year ago. Hope thinks relatively more about the country’s outlook on the virus, although not everyone can pinpoint that. Those who look to the future and say they’re scared — that includes a lot of Republicans — are more concerned about politics and leadership as well as this economy.

This CBS News/YouGov survey was conducted among a nationally representative sample of 2,578 U.S. adult residents interviewed between February 8-11, 2022. The sample was weighted by gender, age, race, and education based on the US Census American Community Survey and Current Population Survey, as well as the 2020 presidential election. The margin of error is ±2.2 points.

The truth about dirty assets

Is Costco good for mortgages?