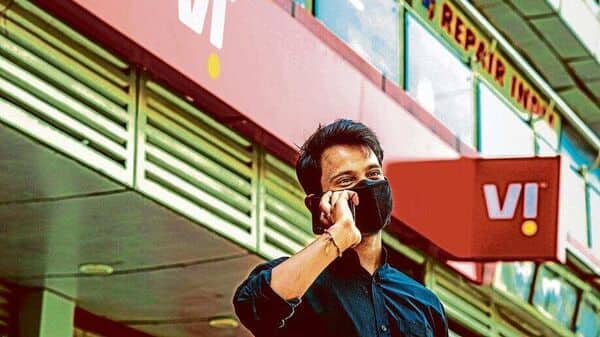 Bombay : Vodafone Idea Ltd is in advanced talks with US private equity investor Apollo Global to raise up to $1 billion by selling a mix of debt and equity, two people with knowledge of the matter have said.

Discussions are at an advanced stage, with the long-awaited announcement likely later this month, the people said, requesting anonymity.

Indebted Vodafone Idea has been seeking to raise funds from outside investors for more than a year, but has struggled to convince investors to issue large checks, given its huge government dues.

The country’s third-largest telecom operator was on the verge of bankruptcy when the government proposed a bailout that gave the struggling company more time to pay its dues and convert some of it into shares, among other measures.

“Discussions have been going on for some time now and we had hit a snag on the debt-to-equity conversion price,” said one of the people quoted above. “Typically, mezzanine financing involves a convertible structure where an investor is able to convert debt into equity to maximize gains when the issuing company reaches mutually agreed upon milestones,” the person said.

However, Vodafone Idea’s fundraising has received a boost in recent weeks, with a capital injection by promoters and the return of bank guarantees by the government, following the government’s bailout plan. last year for the telecommunications sector.

Apollo Global Management is one of the world’s largest asset managers and typically invests in credit, private equity and real estate, among other asset classes, and has nearly $500 billion in assets under management.

In India, it had set up a special situations fund, Aion Capital, in partnership with the ICICI group. The fund raised $825 million and invested in 12 companies.

Analysts said the deal with Apollo Global, if it materializes, will pave the way for more investment in the company.

Vodafone Idea is to raise up to $3 billion to upgrade its network and buy spectrum in the upcoming 5G spectrum auction.

On Friday, the telecommunications department said it had returned bank guarantees to Bharti Airtel and Vodafone Idea, according to an affidavit filed by the department with the Supreme Court. Bank guarantees amount to approximately ₹23,000 crores.

The ministry told the Supreme Court that the bank guarantees had been returned since the telecom operators opted for a moratorium on spectrum auction payments and that no payments were due until the end of the moratorium period in 2025.

The move was a major relief for debt-ridden Vodafone Idea, which was demanding the return of guarantees.

In addition, the conversion of interest on fees related to adjusted gross revenue and spectrum payments amounting to ₹16,000 crore in equity by the Indian government will further strengthen its balance sheet.

The telephone company also has board approval to raise as much as ₹10,000 crore from new investors through equity or debt, to help compete with bigger rivals Reliance Jio and Bharti Airtel and buy 5G airwaves in upcoming spectrum auctions.

Brookfield Renewable is built around a low-risk strategy